Abstract: This article aims to know the Ittijahat of Ibrahim Bin Al-Mahdy in his poem of Ritsa’. Ittijahat in this study is a description of the poet's tendency to divide Ritsa'. Ritsa is one of the various forms of Arabic poetry. To analyze the discussion problem, the author uses the descriptive analysis method, because this method is very appropriate to find out the picture and state of a thing by describing it in as much detail as possible based on the facts found in the data in question. The results obtained are: That Ritsa’ Ibrahim Bin Al-Mahdy varied in two directions namely, Nadb and Ta’bin. In the first direction, the poet tended to mourn his eldest son, where he showed a lot of sorrow, grief, and crying after his son went to the afterlife. Whereas in the second direction, the poet tended to eulogize his strength and highlight his heroism and masculinity, this arose because he was surprised by the sudden death of his son due to illness. 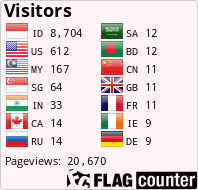